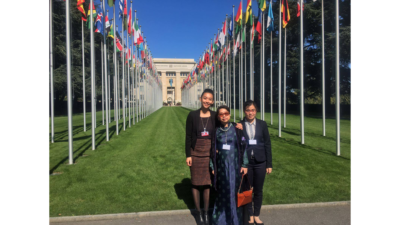 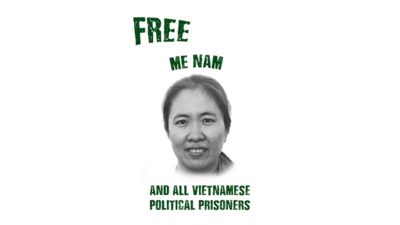 Public Statement On 10 October 2016, Vietnamese authorities arrested blogger Nguyen Ngoc Nhu Quynh, known by her pen name Me Nam (Mother Mushroom), on charges of spreading propaganda against the State. On 29 June, Me Nam was sentenced to 10 years in prison. Known since 2006 for her active social… 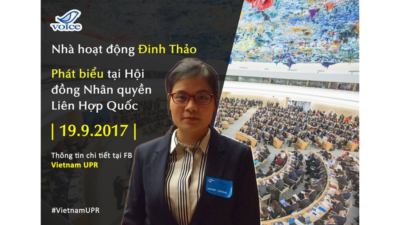 At 5pm Geneva time, or 10pm Vietnam time, the activist Dinh Thao, the co-coordinator of VOICE in Europe, represented the human rights delegation from Vietnam and delivered an oral statement on the situation of human rights in Vietnam at the 36th session of the United Nations Human Rights… 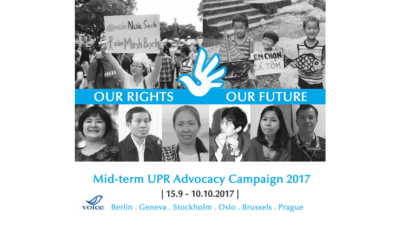 13/9/2017 – Following VOICE’s Universal Periodic Review Advocacy Campaign in 2014, a delegation advocating for human rights in Vietnam will go to Germany, Switzerland, Sweden, Norway, Belgium, and the Czech Republic to update United Nations bodies and relevant organizations on the progress (or lack of) the Vietnamese government has made on promoting and protecting human rights since the last review cycle in 2014, as well as to raise awareness about the human rights situation and prisoners of conscience in Vietnam. 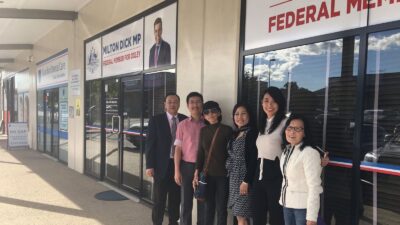 On 18 July 2017, VOICE representatives and supporters, along with Mrs. Lien Thi Kim Nguyen, met with Mr. Milton Dick, an Australian Labor Party politician and member for Oxley in the Australian House of Representatives, at his office in Brisbane. 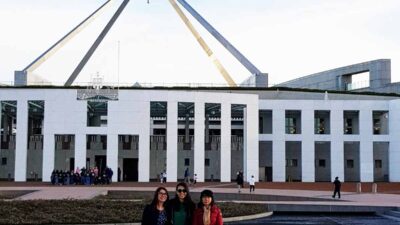 On 12 July 2017, VOICE, along with a number of interested civil society organizations (CSOS) met with Dr. Lachlan Strahan, First Assistant Secretary of the Multilateral Policy Division, Department of Foreign Affairs and Trade in Canberra, Australia, ahead of the fourteenth Australia-Vietnam Human Rights Dialogue, which is expected to be held in Canberra in August. 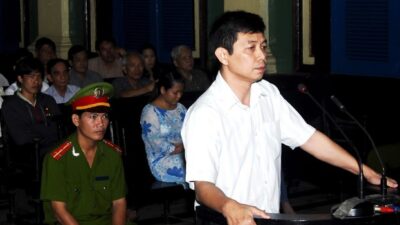 On the 8th anniversary of the arrest of POC Trần Huỳnh Duy Thức – and half way through his 16-year prison sentence – the Directors of 12 Amnesty International offices call for his immediate and unconditional release. The letter also calls on Viet Nam’s prison authorities to ensure…

Joint statement by Australian organisations and community groups 13 February 2015 NEVER AGAIN: LET’S END THE DETENTION OF CHILDREN ONCE AND FOR ALL

“VOICE Australia is 1 of over 200 groups to sign onto a statement to call for the cessation of detaining asylum children. This joint letter follows the release this week of the Australian HR Commission’s report on kids in detention.” The  report  of  the  Australian  Human …

13 DECEMBER 2014
The appeal of three Vietnamese human rights activists was held in Dong Thap Province on 12 December 2014, resulting in their convictions being affirmed. We denounce the results as a violation of fair trial standards under Vietnamese law and the international human rights standards and call on the Vietnamese authorities to release the Defendants immediately.

Ms. Bui Thi Minh Hang, along with her co-Defendants, Mr. Nguyen Van Minh and Ms. Nguyen Thi Thuy Quynh, had been arrested on 11 February 2014. On 26 August 2014, they were convicted and sentenced to 3 years, 2.5 years and 2 years imprisonment under Article 245 for causing public disorder.

On 26 August 2014, in a one-day trial, three human rights defenders were sentenced in Dong Thap Province, Vietnam under Article 245 of its Penal Code for “causing public disorder.” Ms. Bui Thi Minh Hang, a defender for land-lost farmers and religious groups, was sentenced to three years imprisonment, while her co-defendants, Mr. Nguyen Van Minh and Ms. Nguyen Thi Thuy Quynh, both religious workers of the independent but outlawed Hoa Hao Buddhist Church, were sentenced to two-and-a-half years and two years’ imprisonment, respectively. The defendants were 3 of 21 individuals who were beaten and detained while attempting to visit a fellow activist, human rights lawyer Nguyen Bac Truyen. With the upcoming appeal to be held on 12 December 2014, we would like to call on the Vietnamese government to ensure that the appeal proceedings are carried out in a way which complies with Vietnamese laws as well as the international law and standards on fair trial.

On 26 August 2014, three activists in Vietnam were sentenced to long prison terms for “disturbing the public order.” Ms. Bui Thi Minh Hang (DOB: 1964), an outspoken and long-time advocate for land-lost peasants and religious groups in Vietnam, along with Mr. Nguyen Van Minh (DOB: 1980) and Ms. Nguyen…

-Mrs. Bui Thi Minh Hang (aka. Bui Hang, b. 1964, a resident of Vung Tau City, Viet Nam) is a famous human rights activist in Viet Nam. Bui Hang was one of the prominent protesters in the anti-communist China protest rallies in Hanoi and Saigon in 2011… 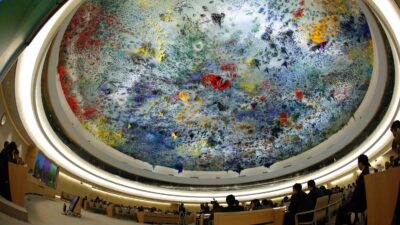 Tra Mi, Trung Nguyen/VOA – Representatives from the Vietnamese government will appear before the United Nations Human Rights Council in Geneva Wednesday for a review of its human rights record amid mounting criticism that Hanoi does not tolerate opposition voices. Rolando Gomez, spokesman for the council,… 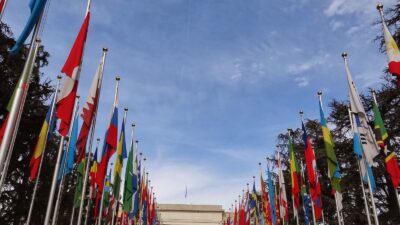 TRAMI/VOA WASHINGTON — A group of Vietnamese bloggers and human rights activists is touring the United States, Europe and Australia to advocate for pressure on Hanoi to improve its rights record. The delegation has been invited by the United Nations Office of the High Commissioner for Human… 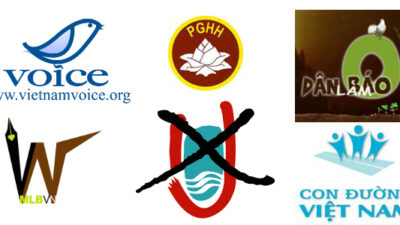 12/1/2014 – Invited by the UN Office of the High Commissioner for Human Rights (OHCHR) and other INGOs, a delegation advocating for human rights in Vietnam will visit the United States, Europe, and Australia starting from 12 January 2014. The delegation consists of representatives from VOICE, Vietnamese Bloggers Network, Dan…