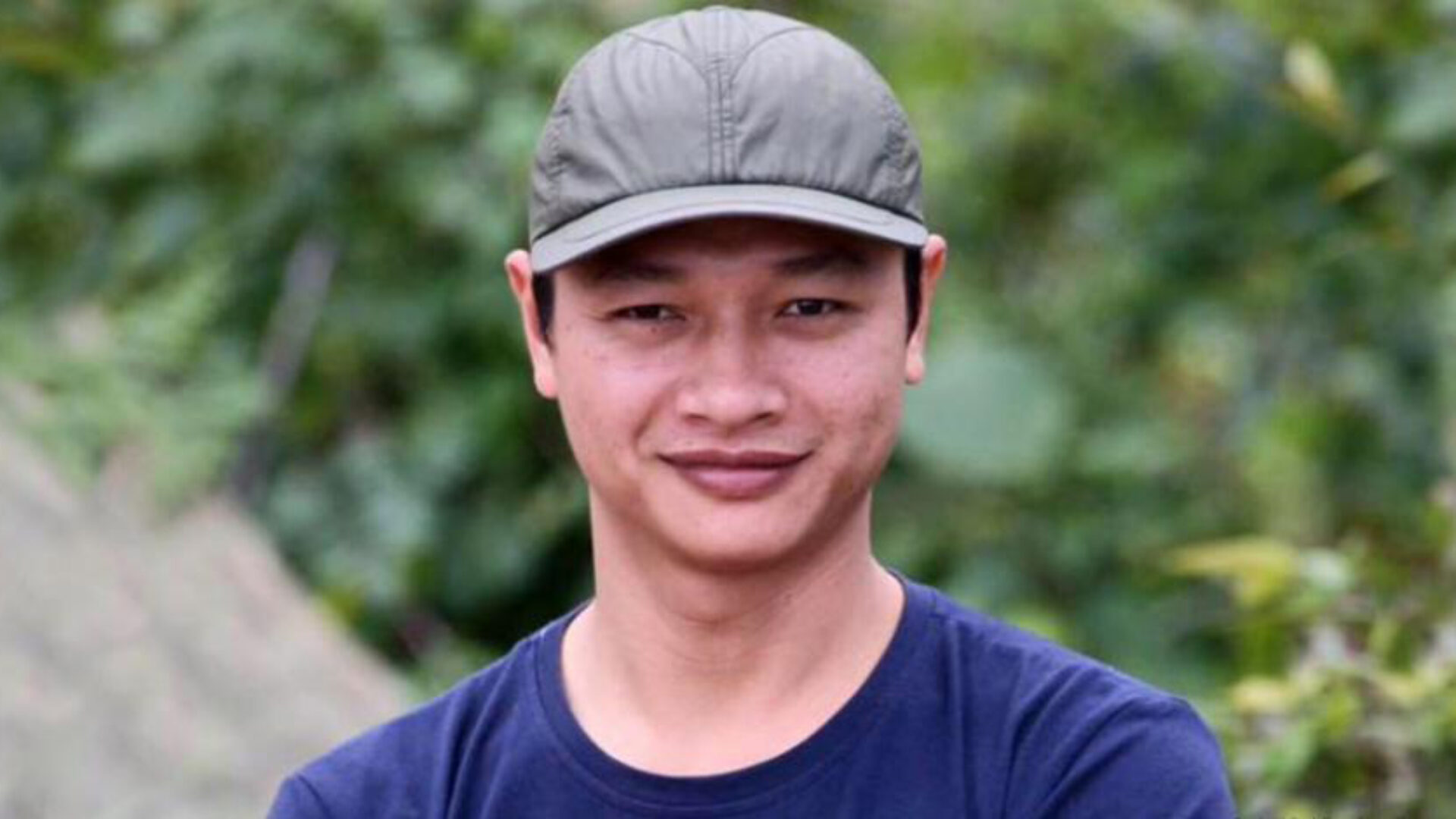 At 10:40 pm on May 2, 2019, Mr. Bach Hong Quyen, a Vietnamese refugee activist in Thailand, and his youngest son, Joseph Bach (6 months old), boarded a flight from Bangkok to Canada for resettlement under Canada’s private sponsorship program.

As a tireless activist, Mr. Bach Hong Quyen was involved with many activities to support environmental victims in the Formosa disaster in Central Vietnam. In May 2017, Mr. Quyen was forced to leave Vietnam for Thailand as a refugee shortly after the Vietnamese authorities issued a warrant for his arrest with a charge of “disrupting public order” for his activities in the disaster area.

Mr. Bach Hong Quyen’s family is among 50 people selected by VOICE and VOICE Canada to be privately sponsored under the Canadian government’s refugee program. After two years of efforts, with the support of many individuals and organizations interested in human rights, we have succeeded in helping Mr. Quyen’s family to reunite and settle in Canada.

VOICE and VOICE Canada would like to express their gratitude to the United Nations High Commissioner for Refugees (UNHCR, the UN Refugee Agency​), the Thai Government, Human Rights Watch​ (HRW), Senator Ngo Thanh Hai (Canada), the Canadian Embassy in Thailand, along with many other individuals and organizations, who jointly campaigned for Mr. Bach Hong Quyen’s family.

We hope that we will continue to have your support in order to help the remaining refugees in Thailand, as well as to fulfill VOICE’s mission of protecting human rights and supporting civil society in Vietnam. 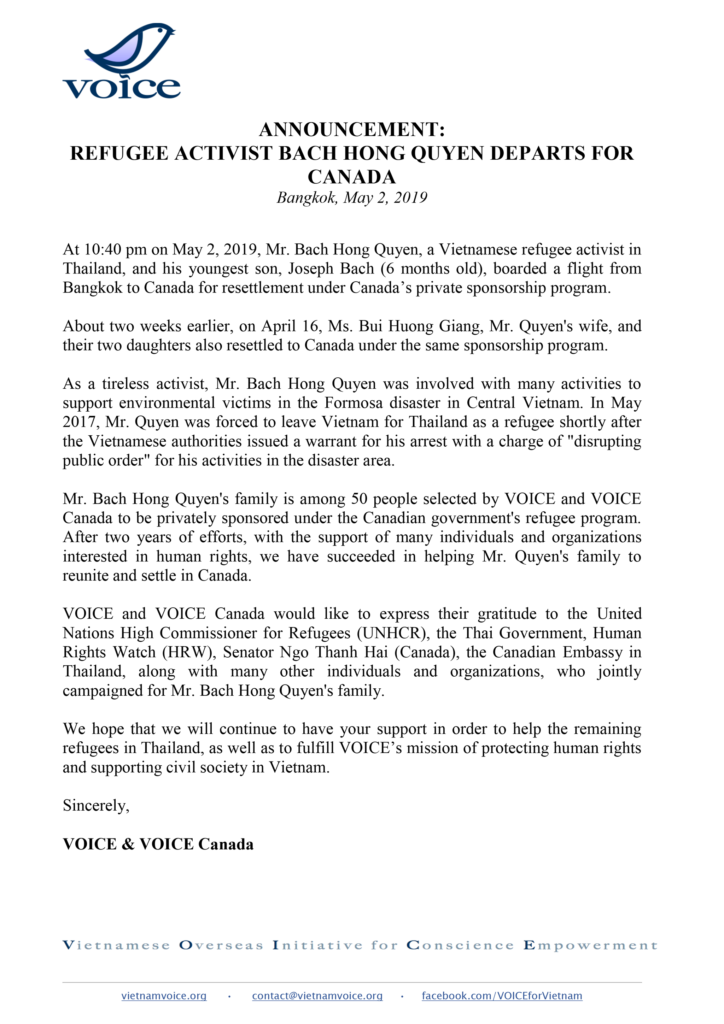