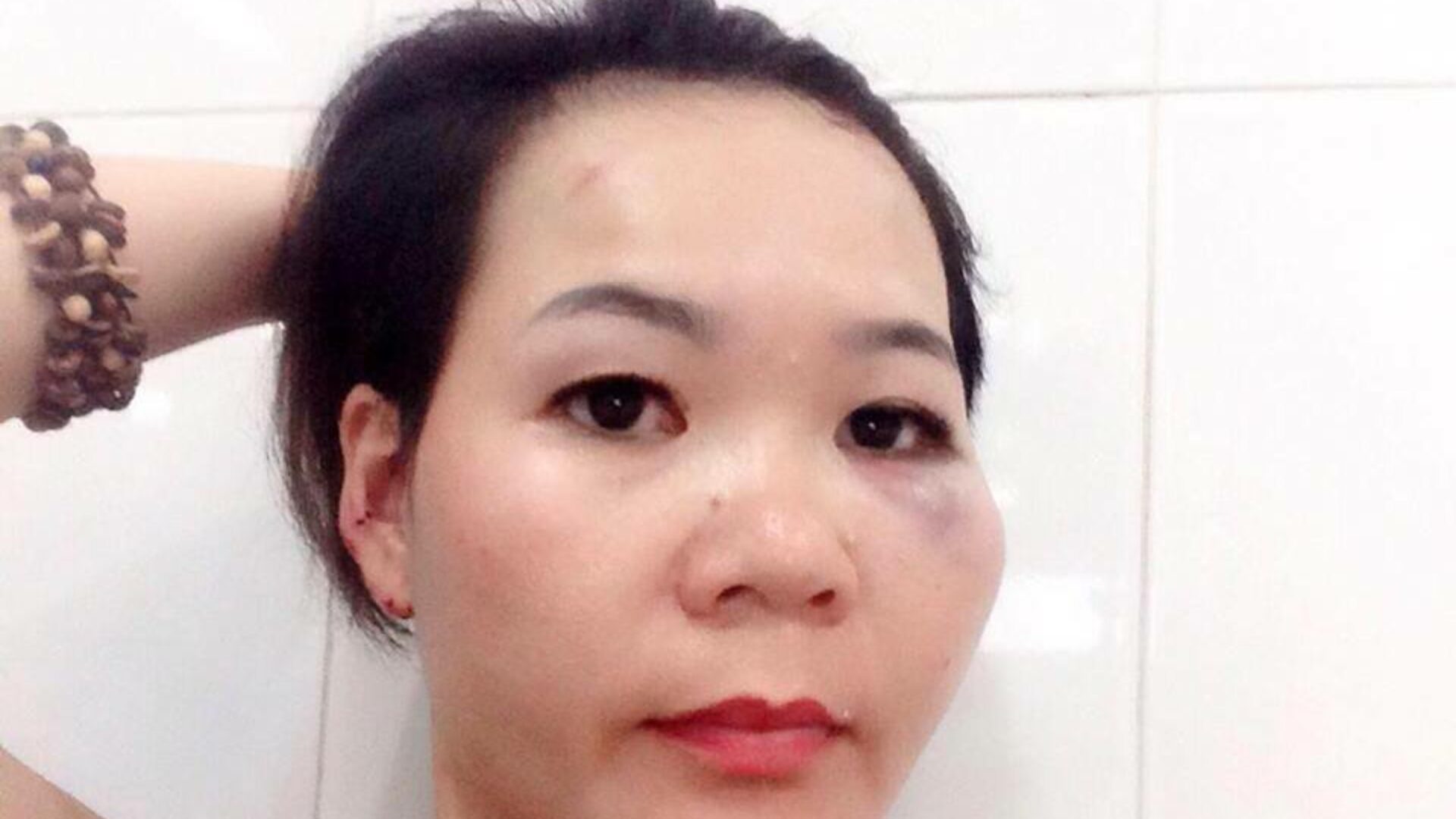 The rise of physical violence committed against activists is a troubling trend.

A recent report by Human Rights Watch, “No Country for Human Rights Activists: Assaults on Bloggers and Democracy Campaigners in Vietnam”, documents the rise of physical violence committed against activists, mainly by plain-clothed “thugs,” some of whom may be police or soldiers, and most of whom target their victims in very public place.

Nguyen Trung Ton, a pastor and blogger, and a friend, were set upon by a group of men after exiting a bus in February:

[They] took our belongings, stripped our clothes off, covered our heads with our jackets and beat us repeatedly with iron tubes. They did not tell us any reason. The van moved and they continued to beat us [in the van]. There was a driver and at least six other men.

And this happened to the pro-environment activist Nguyen Thi Thai Lai when she was leaving a restaurant with a friend:

While “physical attacks against human rights activists and bloggers in Vietnam are not a new phenomenon,” as the Human Rights Report notes, there does appear to be a trend away from detention and towards public violence. The report states:

In 2014, during an especially contentious phase of negotiations over the Trans-Pacific Partnership between Vietnam and the United States, the number of people convicted for political crimes in Vietnam decreased to 31. However, according to the Association of Former Prisoners of Conscience, the number of physical attacks increased to at least 31 incidents targeting 135 rights bloggers and activists.

In 2015, the number of reported convictions continued to decrease, with only seven activists convicted throughout the year. On the other hand, according to research by Human Rights Watch, roughly 50 bloggers and activists reported that they were assaulted in 20 separate incidents. In 2016, at least 21 rights campaigners were convicted while at least 20 physical assaults were carried out against more than 50 people.

“Marxism needs a dictator,” according to the late Russian-American literary giant Vladimir Nabokov, “and a dictator needs a secret police”. The secret police in Vietnam, however, is hardly that secret. In 2013, Carl Thayer, then of the Australian Defense Forces Academy, estimated as many as 6.7 million Vietnamese work in some fashion for the country’s numerous security agencies – so about one in six people.

In 2015, when I met Pham Chi Dung, an activist who founded the Independent Journalistic Association of Vietnam, and who worked for the Ho Chi Minh City’s security bureau for sixteen years before becoming disillusioned, he knew that two security agents had followed him from his house to our café rendezvous. And he knew they would follow him home again. (He was arrested once again a few months after we met).

The use of paid (one assumes) bullies to attack activists, however, is different from the use of security agents to spy on or arrest dissidents. When an activist is threatened by the police or military, at least he recognizes his attacker. The uniform reveals all. People know who is his attacker and for whom his attacker works. As a result, he understands the message that comes from up-high; we want to cripple all activism. In a sense, then, some credit must go to a government that sends its police or military to do its dirty work; at least it’s being honest about its motives.

The use of plain-clothed attackers is different. It’s dishonest. It’s cowardly. The removal of a police or military uniform (if that is the case) before an attack is an effort to distance the boss from the violence. Not only that, it is an attempt to say: the regime isn’t against activists, fellow citizens are.

Indeed, an imprisoned activist is removed from society; a beaten activist is forced to show his scars to all, perhaps a more effective deterrent. A detained activist, also, often inspires more activism; his or her release becomes a motivating reason for protest.

The fact that friends and family are often targeted in the attacks, as the Human Rights Watch report makes clear, also changes the game. Every committed activist has considered their own imprisonment. But violence against one’s family compels a different response. Self-sacrifice is one thing but having to also sacrifice your family makes a person think again about continuing.

The changing tactics of the Vietnamese regime no doubt reflect changes in the pro-democracy, human rights movement. Social media, the modern-day samizdat, has become almost impossible for the regime to censor as it would like. Activists have also become more emboldened, willing to protest and demonstrate publicly. And with closer ties to the United States and the European Union (which agreed to an important free-trade agreement that will probably take effect next year) the risk of irking these partners is potentially too important economically. Plain-clothed thugs, therefore, provide some distance between the regime and the violence.

Moreover, the rights-movement is simply much stronger than it once was. As I have written before, the growth in environmental activism has coalesced disjointed parties: middle-class urbanites and poor rural farmers, democrats and nationalists, have been united under the banner of they all have a stake in. (The fact that some of the attacks were committed while activists were visiting one another was most likely intended to show the dangers of solidarity.) This is unprecedented in modern Vietnamese history, and the regime knows it.