Training news: Ceremonies for the ending and the beginning of the terms (2018-2019) 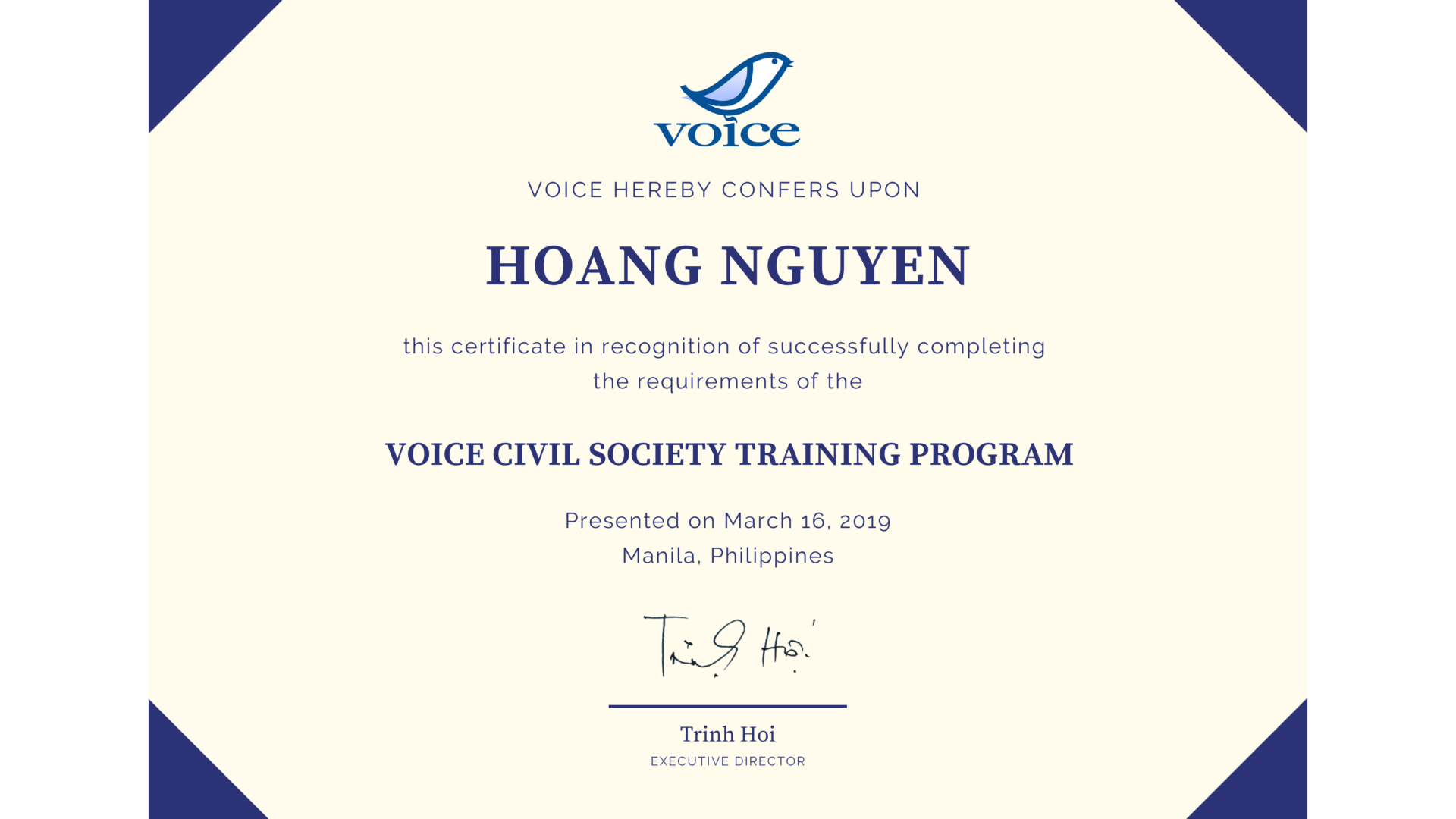 Both events had the full attendance of all the interns from two terms and the VOICE’s staff.

In the ceremony, interns had a chance to present project proposals or their research findings about social issues in Vietnam in front of the committee. (1) Specifically, each intern chose an issue which they are passionate about; did in-depth study, research, or analysis to formulate a solution in the form of a social project through the guidance of a staff with expertise in the area. (2) At the end of the ceremony, certificates of completion were awarded.
We were lucky to work with trainers for the past 6 months and their hard work, effort and drive, inspire us immensely.

The beginning of the new term started the following days. The interns were oriented to how VOICE was established and its operation. In particular, the program’s coordinators shared information pertaining to the content, direction, and what to expect of the program. Concurrently, we also heard from the interns their goals and objectives for partaking in the program.

One of the interns who has been an activist within Vietnam shared: “I feel lucky because I have opportunities to improve myself. I will try and utilize all that is afforded to me to study hard and after that, I will return to Vietnam and contribute to the community.”

The end of the day concluded with personal stories and networking between interns and staff which included their feelings about what it is like working for VOICE, the reason they came to VOICE, and their hopes for a better society in the future.

VOICE hopes that, through the training program, VOICE will bring personal development opportunities to young people and Vietnamese activists to become more professional civil society activists who would build a robust, vibrant and independent civil society, according to VOICE’s vision for Vietnam.

(1) Projects will be implemented in the last 2 months of internship, in parallel with other activities, including work placements in NGOs in the local or the regional area. After that, the interns will present in front of the evaluation committee at the end of their internship, which is a requirement of the internship.

(2) In the long-term training program, the interns will study Project Cycle Management. Research methodologies was officially introduced into the program since 2018.

Pictured: Training program completion certificate. The names on the certificates were changed to guarantee the privacy of the interns.