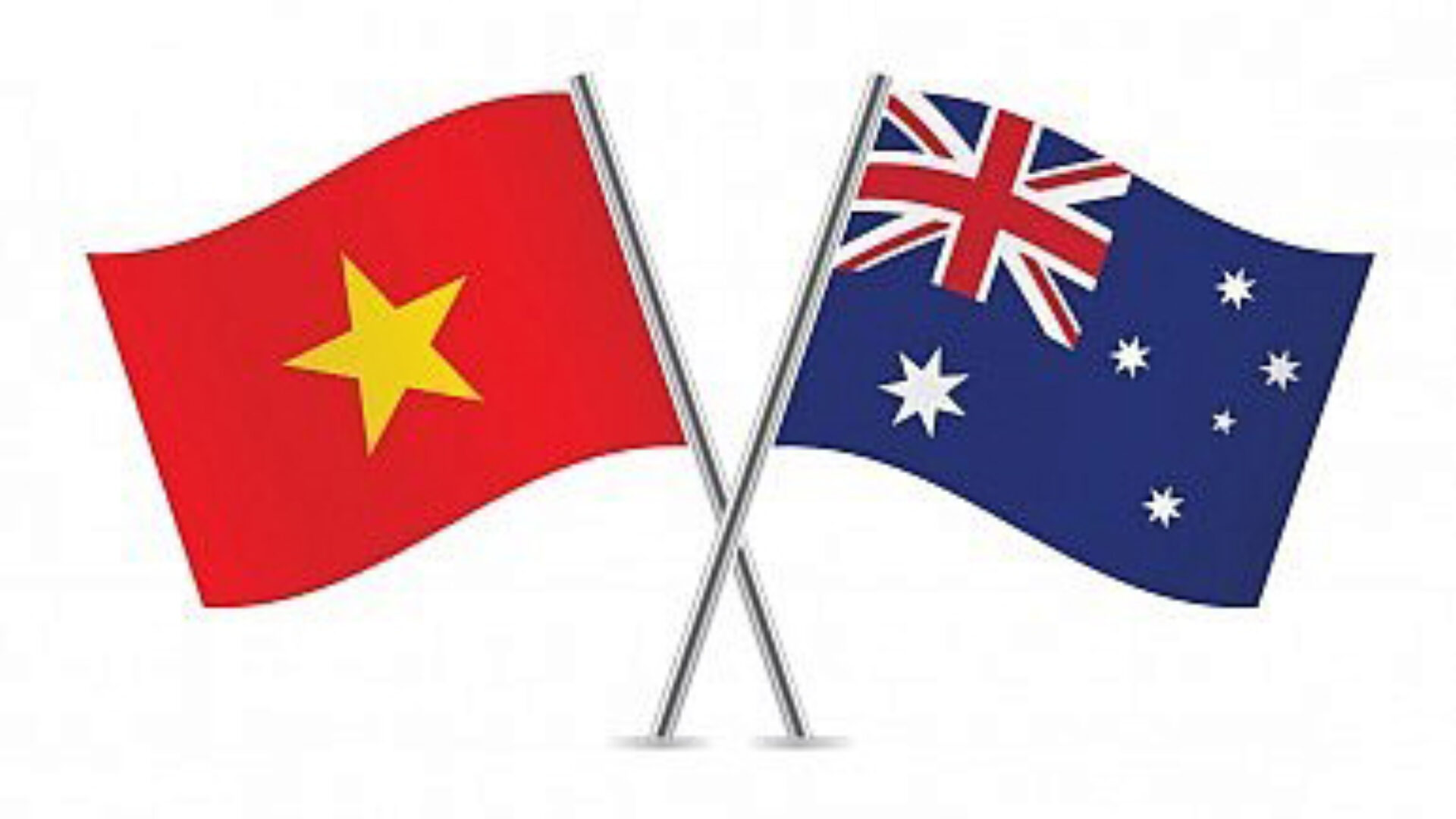 To deepen the human rights dialogue between Australia and Vietnam which was organized in August 2018, the Executive Director of VOICE, Hoi Trinh, worked with the Australian Human Rights subcommittee on June 19, the same year. Here, Mr. Hoi Trinh presented some recommendations which he sent to the Australian Department of Foreign Affairs and Trade to improve the human rights situation in Vietnam.

Below is the Australian Human Rights subcommittee’s response letter sent to Mr. Hoi Trinh. It outlined outcomes related to recommendations which he made to them. VOICE received the letter on 19 November 2018 but has only translated it for the benefit of our readers recently.

I write in regard to your appearance before the Human Rights Sub- Committee on 19 June 2018. At the briefing you presented the Sub- Committee with a number of recommendations aimed at improving human rights in Vietnam.

The Sub- Committee wrote to the Foreign Minister to raise your concerns and recommendations and also to lend its support to the Australian Government calling for the release of the prisoners of conscience you had referred to.

On 22 August 2018 the then Foreign Minister, the Hon Julie Bishop MP responded and I write to advise you of this response.

The Foreign Minister noted that the Department of Foreign Affairs and Trade (DFAT) had meet with representatives from Voice Australia on 18 June 2018 and that Voice Australia also participated in Civil Society Consultation with DFAT on 17 July 2018 in preparation for the Australia Vietnam Human Rights Dialogues.

The Foreign Minister had requested that these cases be raised at this year’s Human Rights Dialogue where rule of law, freedom of expression and assembly, the impact of the cyber security law and the important role of civil society organization were to be discussed. The Foreign Minister also stated that Australia would raise concerns about the human rights situation during Vietnam’s next Periodic Review in January 2019.

I would like to thank you for bringing these matters to the attention of the Human Rights Sub- Committee. Please contact the Secretariat on 02 6277 4306 if you have any question or require further information. 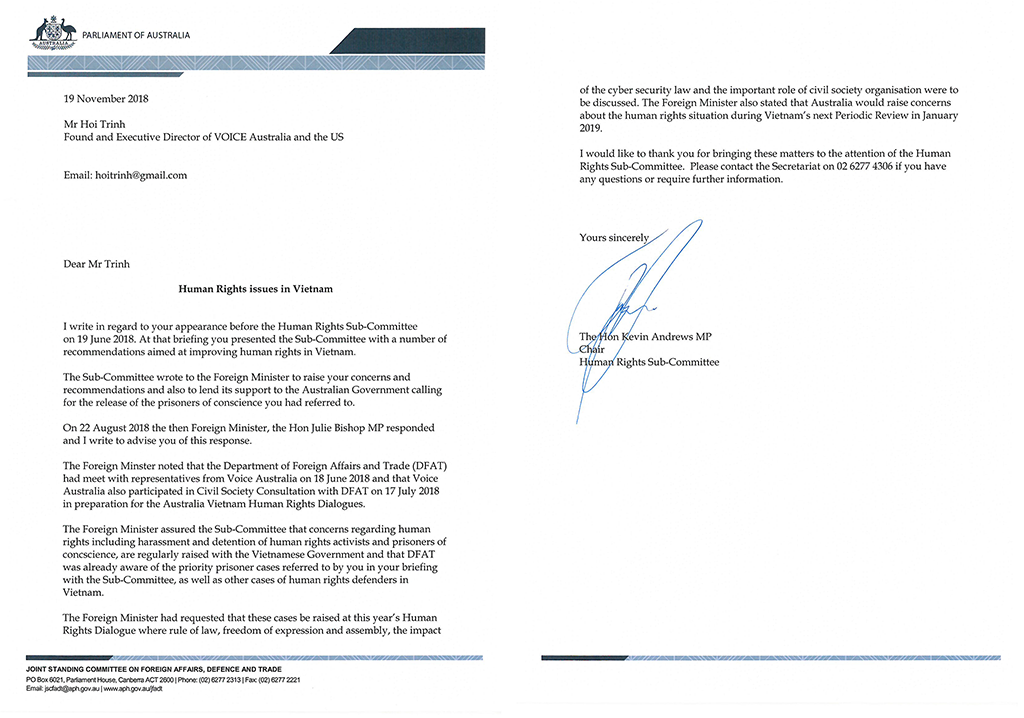