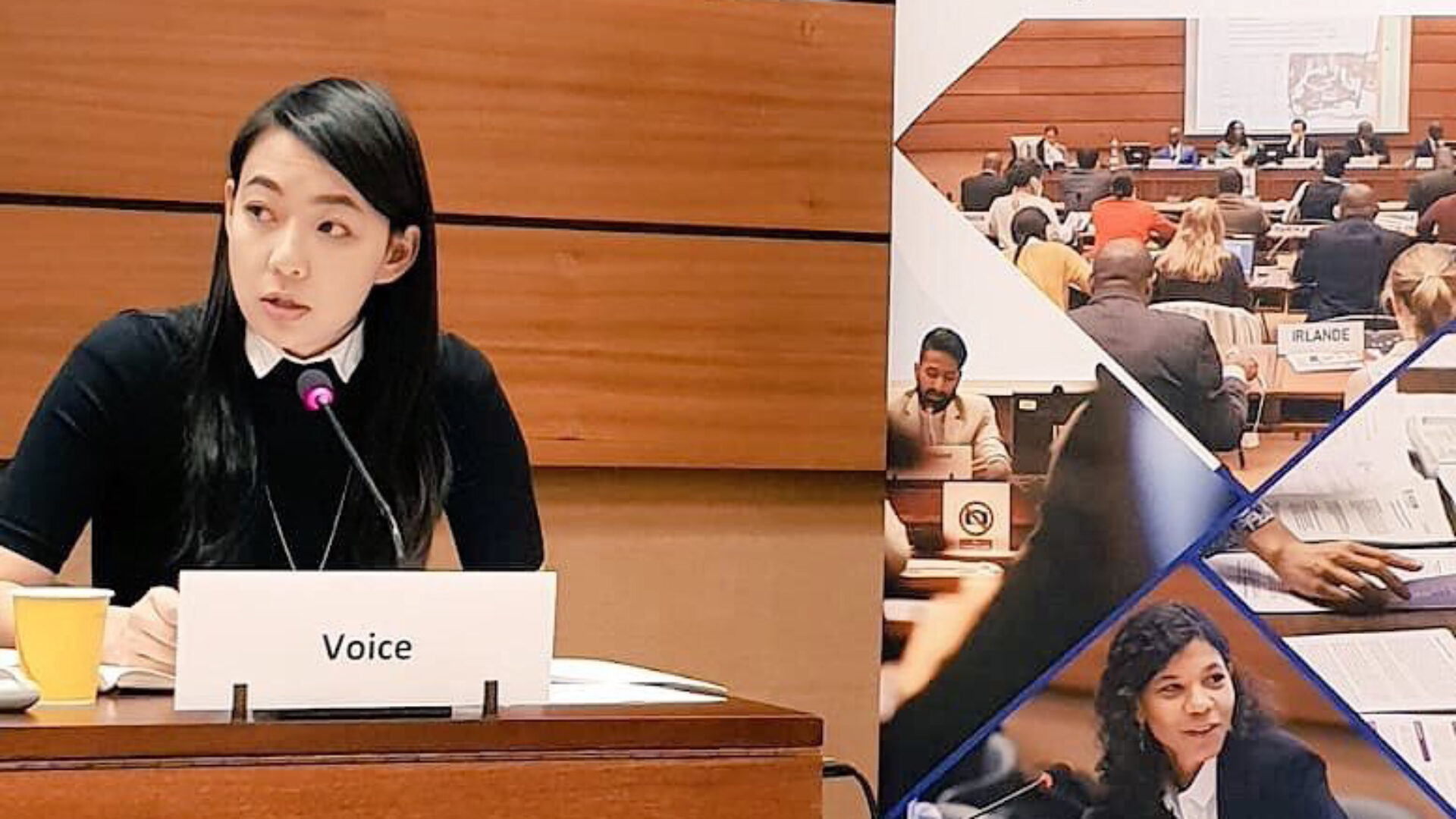 Ahead of the Universal Periodic Review (UPR) of Vietnam’s human rights record at the United Nations (UN) Human Rights Council on 22 January 2019, CIVICUS speaks to Anna Nguyen from VOICE, a civil society organisation that promotes civil society development and advocates for human rights, including refugee protection, and the rule of law in Vietnam. Founded in 2007, VOICE’s mission is to empower individuals to build a strong, independent and vibrant civil society.

A Vietnamese-Australian lawyer, Anna Nguyen is VOICE’s Director of Programs. She oversees a training programme for Vietnamese activists in Southeast Asia, a refugee resettlement programme in Thailand and advocacy efforts, including at the UN, to raise awareness of the human rights situation in Vietnam.

Along with VOICE, Civil Society Forum, Human Rights Foundation and VOICE Vietnam, CIVICUS made a UPR submission on to the Human Rights Council in July 2018.

What is the current situation for human rights and civil society in Vietnam?

The human rights situation in Vietnam is dire. While the freedoms of association, peaceful assembly and expression are supposedly protected by the constitution, they are not respected in practice. In 2018, 88 human rights defenders (HRDs) were arrested, and at least 194 remain in prison for peacefully exercising their civil and political rights. This is a staggering number and surely shows that the government of Vietnam is doing as much as it can to stifle political dissent.

Civil society in Vietnam has been steadily growing since mass protests over territorial disputes with China were held in Hanoi and Saigon in 2011, and thanks to the increasing use of social media such as Facebook and YouTube. There are more independent civil society groups now than there were seven years ago, and more people are willing to speak up on Facebook and attend protests to raise awareness of atrocities committed by the government, as well as attend training programmes relating to human rights. On the other hand, the Vietnamese government has used many tactics to stifle the development of an independent civil society movement, including the brutal suppression of protests, the physical harassment and imprisonment of HRDs and its refusal to pass a law on association.

How is the government persecuting online and offline dissent?

Peaceful protests are subject to brutal suppression, and their participants are victims of harassment and continuous surveillance. In June 2018, following a mass protest opposing proposed cybersecurity and Special Economic Zones legislation, the authorities cracked down heavily on peaceful protesters by using teargas and excessive force to prevent and punish participation, resulting in a range of human rights violations, including torture and other cruel, inhumane and degrading treatment.

Peaceful dissidents are often harassed, physically assaulted, criminalised with vague national security laws and imprisoned. In 2018, nine of the many peaceful activists imprisoned received the longest prison terms available, ranging from 12 to 20 years.

Bloggers in Vietnam who have been at the forefront of exposing abuses by the state, including human rights violations, corruption, land grabbing and environmental issues have faced intimidation, threats and imprisonment.

Prominent blogger and entrepreneur, Tran Huynh Duy Thuc, was sentenced to 16 years jail for “conducting activities aimed at overthrowing the people’s administration in January 2010 while Hoang Duc Binh, a blogger and environmental activist, was sentenced to 14 years after being convicted on two separate charges of “resisting officers acting under their duty” and for “abusing freedoms and democratic rights”

A draconian Cybersecurity Law, inspired by China’s, entered into force on 1 January 2019. This law tightens the government’s control of information and its ability to silence its online critics. Among other things, it allows the government to demand the removal, within 24 hours, of any posts that are deemed critical.

Why is the UPR process important for civil society?

The UPR process is open to all actors, not just states, which is why it is a great opportunity for civil society, and especially unregistered civil society groups, to get involved in the process by bringing in a perspective that is different from that of governments. It gives civil society an opportunity to highlight a state’s human rights record, as well as to provide recommendations to improve it.

Has Vietnamese civil society been able to participate in the UPR process? Has it encountered any challenges in doing so?

While the Vietnamese government held national consultations during the UPR process, it did not include independent and unregistered groups such as VOICE. This has been a challenge, because we haven’t had an open dialogue with the state.

In addition, reprisals are a big factor. Some HRDs who have been involved in the UPR process have faced difficulties upon returning home to Vietnam, including the confiscation of their passports and continuous surveillance and harassment. Reprisals are just another tactic that the government uses to stifle the growth of a civil society movement and punish civil society for peacefully raising its voice about the state’s failure to meet its human rights obligations.

What are some of civil society’s key recommendation to states participating in the upcoming review of Vietnam at the Human Rights Council?

We also want states to recommend that the government amend or repeal legislation specifically related to the freedoms of expression and information, and related to privacy and surveillance, in line with international standards such as articles 17, 19 and 20 of the International Covenant on Civil and Political Rights. We are particularly concerned about the Press Law, the Law on Publications and the Cybersecurity Law, as well as about Decree No. 72/2013/ND-CP on the management of internet services and information and Decree No.174/2013/ND-CP, which imposes penalties for the violation of post, telecommunication, information technology and radio regulations.

State representatives at the Human Rights Council should also call on Vietnam to ensure that civil society activists, HRDs, journalists and bloggers are provided with a safe and secure environment in which to carry out their work. They should also conduct impartial, thorough and effective investigations into all cases of attacks on and harassment and intimidation against them and bring the perpetrators to justice.

Finally, there should be recommendations to ensure the independent and effective investigation of and implementation of remedy for arbitrary detention and physical or mental abuse by the state, with special attention to the protection of HRDs. Specifically, the government of Vietnam should be urged to release, unconditionally and immediately, all HRDs, including journalists and bloggers, detained for exercising their fundamental rights to the freedoms of association, peaceful assembly and expression, and drop all charges against them.

What would you like to see come out of the UPR review?

We hope that UN member states in the Human Rights Council will listen to civil society and our recommendations, and that a diverse range of civil society’s human rights concerns, including the rights of women, young people and LGBTQI people, and civil and political rights, will be addressed by strong recommendations – by recommendations that are specific, measurable, achievable, realistic and time-bound. This will allow civil society groups and other stakeholders to monitor easily whether the government of Vietnam follows through with their implementation.

We would also like Vietnam to have more dialogue with unregistered and independent groups, to ensure there is a balanced representation of civil society in national dialogues for future reviews. This will strengthen the impact of the UPR process and improve the integrity of the mechanism.

VOICE will raise awareness of the commitments made by Vietnam through translation and dissemination among the public, media, parliamentarians, embassies and civil society.

We will make sure to follow up on the recommendations made to Vietnam to ensure they are being followed through by holding regular stakeholder meetings, including with other civil society groups and embassies in Hanoi. We will continue to update the states that have made specific recommendations during advocacy meetings, to let them know whether progress has been made and urge them to put some additional pressure if it has not.

We would like the international community, including international civil society organisations, to keep up the pressure so the government of Vietnam follows through with the recommendations they have received, and to provide a platform for civil society groups and HRDs to raise awareness about the state’s progress or lack of progress in human rights.