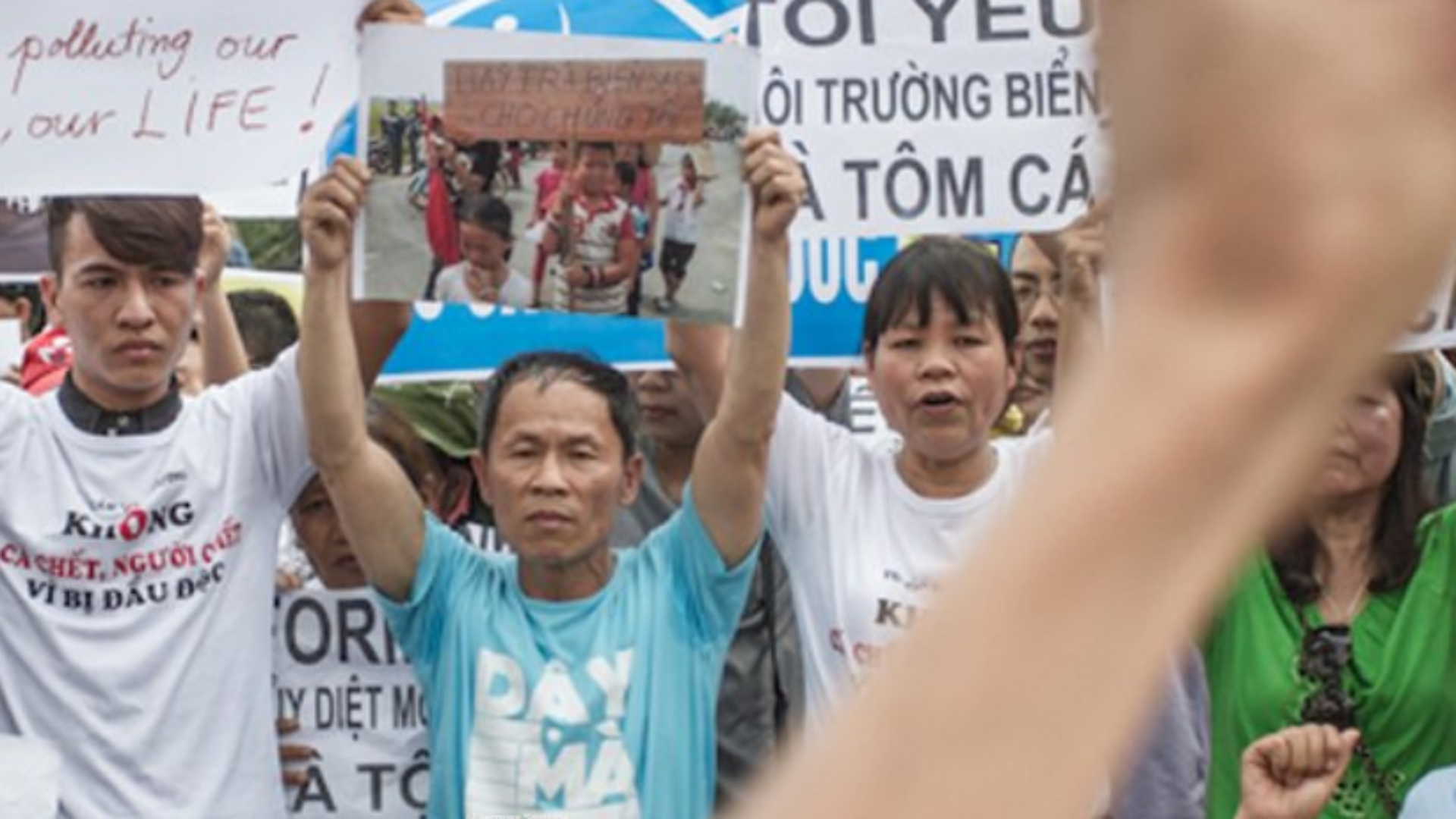 Months of police action against Vietnamese dissidents has led to at least 12 people being locked up across the country. The crackdown comes ahead of a regional summit in Da Nang in November set to include leaders from throughout the Pacific region.

Hanoi (dpa) – Nguyen Viet Hung is unsure how to help his son. Police reportedly arrested Nguyen Viet Dung, 31, in his northern Vietnamese hometown on September 27 at lunchtime. Since then, neither his family nor a lawyer have been able to see him.

He was accused of “propagating” against the state, a charge that carries up to 20 years in prison.

“Dung has followed his way, so sooner or later he would have been arrested. When he was arrested, I was not surprised or shocked but I was very angry,” Hung said in a phone interview from his home in Nghe An province.

Dung’s story is not unique. At least 12 political dissidents have been arrested, charged or convicted of anti-state crimes since June in one of Vietnam’s most intense crackdowns on dissent in years.

Another dissident, who had been a dual French-Vietnamese national, had his citizenship revoked and was deported to Paris.

Pham Doan Trang, a former journalist for Vietnam’s state-controlled press who is now a rights activist, said the situation for the dissident movement appears bleak.

“The security forces will not stop and they won’t refrain from violence either. So these years will be very dark for Vietnam,” she said.

Anti-government activists, who primarily spread their messages via social media, take on causes ranging from environmentalism to Vietnamese sovereignty in the disputed South China Sea.

“It appears that the Vietnam government feels threatened by more concerted and organized campaigns … and the increasing influence of internet communications that enable people to organize in new ways,” said Phil Robertson, deputy Asia director for the New York-based Human Rights Watch.

Dung established an unrecognized Republican Party and a group called the Loyalist Association of the Army of the Republic of Vietnam, both references to the old US-allied Saigon regime that the communists defeated in the Vietnam War.

He posted pictures of himself dressed in military uniforms alongside the old South Vietnamese flag, a symbol considered taboo in modern Vietnam.

Dung’s father described him as a man who was active in his community by helping those in need.

“He assisted people to build schools and roads, and helped families who were having difficulties, but the government thinks he incited people,” his father said.

Dung’s father added that villagers have kept their mouths shut since the arrest to “avoid trouble.”

Quang A, a retired economist and businessman who is now one of Vietnam’s most prominent pro-democracy activists, says depending on what you show support for, you can be targeted for dissent.

“If you raise your voice to support the old system, then maybe they see that you are more dangerous than the others,” said Quang A.

Other political prisoners, such as Nguyen Ngoc Nhu Quynh, also known by her pen name Mother Mushroom, were arrested for their criticism of the Communist Party in the Vietnamese blogosphere.

According to Carl Thayer, Emeritus Professor at The University of New South Wales and a Vietnam expert, the government could be initiating crackdowns in anticipation of November’s Asia-Pacific Economic Cooperation (APEC) summit in the coastal city of Da Nang. The meeting is set to include leaders from throughout the Pacific region as well as US President Donald Trump.

With all eyes focused on Vietnam, the government wants to ensure that activists do not use the occasion to draw attention to their causes.

“The timing of the arrests and trials indicates the [government] is taking pre-emptive action far in advance of the APEC summit to intimidate other would-be activists from making public protests on the internet or in street demonstrations,” Thayer said.

He also pointed out that activists tried to use the 2006 APEC conference in Hanoi to gain attention from world leaders and media.

Quang A says that while the current government’s crackdown has been dramatic, it has not deterred committed activists from carrying on their work.

“If you are to become a member for the struggle, for democracy, or human rights, you have to face all the consequences, and I think for those activists who have been detained, they aren’t scared of anything,” he said.

“Sure, with such tough measures, they can incite some fear in people, but you see that is a temporary sentiment,” he added.

Former journalist Pham Doan Trang believes “there will be light at the end of the tunnel” for Vietnam, despite the current rights challenges affecting the country for the foreseeable future.

“It’s just a matter of time, and we must try to live to tell the tale,” she said.